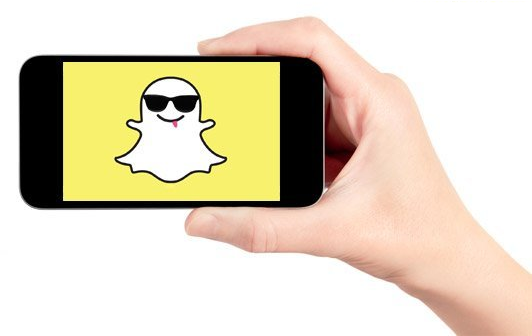 Thought Snapchat would be a passing fad? Don’t worry, you’re not alone.  Furthermore, Snapchat CEO Evan Speigel was trying to convince venture capitalists that Snapchat was the next big thing for a very long time. Why would they want to invest money into a social platform that allows users to send messages and videos that would disappear within seconds?  Speigel fought through the skepticism, grew the social app’s following and value exponentially (a $15 billion value to be exact) and kept educating consumers on the point of it all.

According to Speigel, the point of Snapchat is fun. Period. In an interview, Speigel pointed out that somewhere along the way of people building social media products, they forgot the whole reason that they even like to communicate with their friends: because it’s fun. People started conceiving their friends as networking tools only, where the more people they became friends with, the more people they “networked” amongst. But Snapchat sees the real value in having a fun conversation with friends in real time. However business’s have questioned, is having “fun” conversations with customers something that you should focus on? Absolutely. Here’s why: Snapchat, an app that launched in 2011, has come to heavily influence, and in some cases define, the way young people communicate, specifically teens and millennials. These are crucial groups for businesses to understand if they have any aspirations of connecting their brand to the younger generations.

Consumers, especially younger ones, are bombarded with messages and are more connected (or distracted, depending on how you look at it) socially than ever. Furthermore, this small one-day window of time creates a huge sense of urgency for users. “If your email inbox was going to disappear in 24 hours,” says Danielle Mullin, VP of marketing for ABC Family (its hit show Pretty Little Liars boasts 1.4 million followers on Snapchat), “you would feel the need to actually read every single email. That’s the genius of Snapchat.”

But how, exactly, should you use the genius of Snapchat for your business? Here are five ways to help you get started:

Give a sneak peek of a new product to your followers.

Have a new product coming out? Tease it to fans via Snapchat. Because images and videos only last up to ten seconds, you can show consumers a small taste of what’s coming down the line for your business and start creating a buzz around it.

If you’re hosting an event or just taking part in one (trade show, ribbon cutting, charity event, etc.), Snapchat is the perfect marketing tool to leverage. No matter where your customers may be physically, they’ll be getting direct access to the event by following your snaps throughout the entire affair. It’s a great way to engage your community in a “live” way, even when they aren’t able to make the event in person.

Let your fans in on the inside scoop.

There’s nothing better as a consumer than taking a peek behind the curtain of your favorite brand. Everyone likes feeling like they are on the inside. Use Snapchat as a way to let your fans feel like they are in on something special. Showcase what’s going on behind the scenes at your organization. This is the perfect opportunity to differentiate yourself from your competition. Additionally, have fun, and show off your brand’s personality and culture.

Leverage social influencers in your industry.

Every industry has social influencers, the people that your fans follow regularly to glean ideas, perspectives, and entertainment from. Tap into these like-minded influencers and have them “take over” your Snapchat for a day. You reap the benefits of relevancy and their loyal followers to help boost your traffic and your brand.

Tell your fans a story.

Most of us consume social media when we’re killing time. Moreover, whether we’re waiting in line for a coffee or at lunch, we pull our phones out and consume. As a brand this means you have just a few seconds to make an impact. Enter Snapchat. Snap short, 10 second videos, and create a string of stories. Your fans will go through them all at once when they have that little bit of extra free time.

Snapchat is no passing fad and the app’s audience is only going to continue to grow. Looking to make an impact with your younger audiences? Make sure your business is leveraging this burgeoning social media platform as part your overall marketing strategy.