In the age of digital marketing, social media has become the go-to way to communicate with consumers, and for good reason: in 2017 there were 2.46 billion social network users, and there will be an estimated total of 2.62 billion in 2018. The growing amount of people using social media means a growing amount of your competitors will be on there too. Companies now have to be more strategic than ever with how and when they post.

So what does being strategic about posting mean? One of the biggest factors to be aware of on social media is when people are on. Each platform draws people on at different days of the week, and different times of the day. Here are the most optimized times to post on social media to reach your intended viewers: 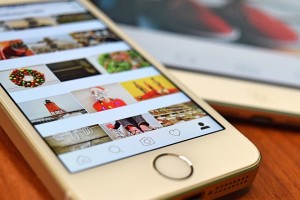 The best days to post on Facebook are Sunday, Thursday, Friday and Saturday. It makes sense that people are on Facebook most towards the end of the week and the weekend. Make sure to post around 9am, 1pm, and 3pm. This will get your posts at the top of people’s feed in the morning and during their lunch breaks. Posting at these times will get you the most clicks, views and shares on this platform.

Instagram users are most active on the site on Monday and Thursday. Because of this, make sure you are posting to round out the beginning and end of the work weeks. Most importantly, however, is that you make sure to post around 2am, between 8am to 9am, or at 5pm. People are not looking at Instagram during work hours, so make sure to catch their attention before they start their day, or after they are out of the office.

Users are most likely to be on LinkedIn during the work week, primarily on Tuesday, Wednesday and Thursday. This makes sense, as people are not as likely to want to look at work related posts on the weekend. As users are on LinkedIn during the work day, the best times to post are strictly based on when they have time to look at their social media: 7am to 8am before work, 12pm during their lunch break, and 5-6 pm when they just get home. 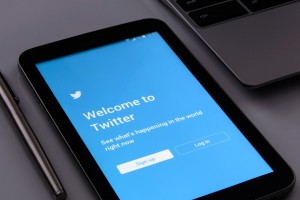 Twitter has less formable data to base a generalize time and day statement off of, but the best day to post seems to be Wednesday, around 12pm, 3pm, and from 5pm to 6pm. This site is going to be much for users specific, but data does also show that B2B users do 16% better during business hours, and B2C users do 17% better on the weekends. Know your target viewer for Twitter, and test when you are getting the most retweets and responses.

Different subjects do better on different days for Pinterest. The best days to post, however, are Saturday and Sunday, at 2pm, 9pm, and 2am. Make sure to take a look and see which day fits into what you are posting. For example, people turn to Pinterest on Wednesdays for quotes- it seems like people need a pick-me-up on hump day!

Like Twitter, users are looking to Google+ most on Wednesdays right at the beginning of work, or during their lunch breaks, so make sure to post at 9am, 1am, 12pm, or 1pm. Avoid trying to reach people on Google+ during the early morning or late evening as people are not on this platform then.

Take a look at the report from CoSchedule for more in depth posting data, and head on over to the MassLive Media page to contact our team to see how our digital solutions can help you optimize your social media usage today.